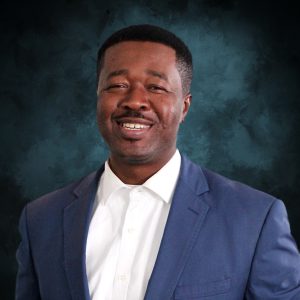 Gbenga is the Senior Pastor of The Pacesetters Church, a church he pioneered alongside his wife on 13 September 2003, under the name, Dominion Family Church, and with a vision, “to raise leaders, men and women that will set the pace and dominate in the world through the word of God and who will arise as change agents to this world, particularly in Africa”.

Gbenga got born again in June 1988 whilst in high school, an encounter that was motivated by the evident changes he saw in the lives of some of the students that were previously labelled, “the bad boys” and “bad girls”. These changed students did not only have a changed life, but were used by God to initiate a revival in their high school that Gbenga knew he needed to be a part of. Considering that he was convicted and motivated to be a part of this revival, it is no wonder that as soon as Gbenga became born again, he became actively involved in his local church, preaching in buses and on the streets whilst also placing a high premium to his spiritual growth.

On the 31st of March 1996 Gbenga’s life took a turn around when he discovered God’s call upon his life. Speaking of that day he says, “I began to live and seized to just exist” because the encounter of that day radically changed the course of his life. Gbenga went on to found a non-denominational fellowship in the area he grew up in Lagos, Nigeria. The fellowship called, “Alapere Christian Youth”, held its first crusade in June 1997 and went on to become a platform from which a number of young people were born again and many were stirred up to discover their purpose in life. Today, the fruits of this fellowship abound, with most members still standing in the faith, serving the Lord, whilst a good number of them are Pastors in various churches across the nations of the earth. In addition to this assignment, Gbenga was also privileged with the company of three close friends, to pioneer the Christ Chapel campus fellowship as an undergraduate student.

In January 2001 Gbenga relocated to South Africa shortly after getting married and being ordained in the ministry, to begin a new phase in his life which included furthering his education and the establishment of a ministry that God has laid on his heart since July 1997. In September 2003, Gbenga together with his wife and a few faithful brethren stepped out to pioneer Dominion Family Church, a church that later changed its name in April 2013, to The Pacesetters Church.

A Pastor at heart and by calling, Gbenga teaches the word of God with simplicity and yet with power. A student and teacher of the word of faith, Gbenga believes in the applicability of the word of God to influence the total being of man (his/her spirit, soul and body).

In addition to his responsibility of leading the Pacesetters Church and mentoring his protégées across the nations of the earth, Gbenga, who is also a trained engineer, mining industry consultant and management consultant, is an entrepreneur, with business interests in the mining, real estate, entertainment and the agricultural sectors. His passion and commitment to entrepreneurship is motivated by his calling and conviction of the need to take a major role in the economic emancipation of the African continent. He is currently the Managing Partner of an Africa focused Mining Consulting Firm and he resides in Johannesburg, South Africa, from where he oversees the church and his business interests across various regions in Africa.

Gbenga is married to Titilayo Ojo, and they are blessed with two beautiful children, Oluwafemi and Fiyinfoluwa.

Favourite Quote:
But seek first the kingdom of God and His righteousness, and all these things shall be added to you. (Matthew 6:33) 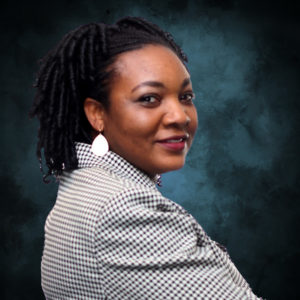 Titilayo is a Pastor at The Pacesetters Church, a church she co-founded alongside her husband. She currently provides support in the overall running of the church, and has oversight responsibility over several strategic units within the church, including Dominion Generation (Children’s Church) and the Women’s Fellowship.

After getting born again in February 1991, she had the privilege of serving in various capacities and units in her previous home church, prior to getting married to her husband in July 2000.

A teacher of God’s word, Titilayo is passionate about teaching God’s word with accuracy. She believes that by rightly dividing the word, the power in the word makes the heart tender towards God, and causes a discernment of the things that are important to God; thereby leading to undeniable growth in the life of a believer. She is equally passionate about seeing the sick healed. For in her own words, “Healing is part of what our Lord and Saviour paid for on the cross and the manifestation of the healing power of God should not be neglected”.

Titilayo is also passionate about women empowerment and strongly believes that women can rise up beyond the shadows of their husbands and fulfill their God ordained purpose. She believes that the time has come for women to rise beyond society’s definitions and stir up their full potential to then make an impact in their generation, leaving the world a better place.

A holder of an Honors Degree in Hotel Management, she is also a registered facilitator, assessor and moderator with ETPD and CATHSSETA.

Titilayo is married to Gbenga Ojo, and they are blessed with two beautiful children, Oluwafemi and Fiyinfoluwa.

Favourite Quote:
Holy Spirit, the custodian and teacher of the church. 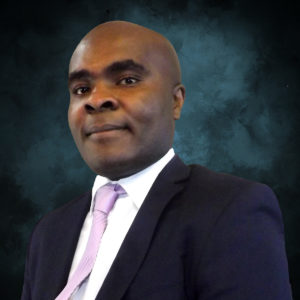 He got born again in August 2002 and has been serving God faithfully ever since.  David has a passion to see men and women come to the saving knowledge of Christ whilst fulfilling their purpose in life. He believes “religion” is burdensome and can keep any man trapped for decades without fully experiencing the wonders of the grace and power of God.

David is married to Rosemary Kode and the union is blessed with two beautiful children, Emmanuel and Sharon.

Favourite Quote:
When a man’s ways please the Lord, He maketh even his enemies to be at peace with him.  (Proverbs 16:7) 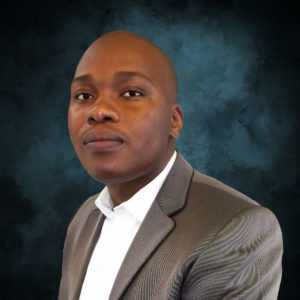 Brendon, who is a teacher of God’s word, got born again in June2002. He is passionate about the personal development of the believer, desiring to see believers setting the pace and taking leadership roles in their various endeavours.

A holder of a PHD in Metallurgical and Materials Engineering, Brendon lectures at one of the prestigious Universities in South Africa.

He is married to Tumisang Shongwe and they are blessed with two beautiful children, Nkazimulo and Malibongwe.

Favourite Quote
After all is said and done, you are remembered for the impact you have made in other people’s lives.

© 2021 The Pacesetters Church. All Rights Reserved.